If I had to describe my experience at Crazy Dog T-Shirts in one word it would be Seamless /sēm-les/ a: moving from one thing to another easily without any interruptions or problems. For a company specializing in funny t-shirts, they had absolutely no trouble getting down to business.

Although there was no pun intended, (since we are talking about Crazy Dog T-Shirts), the entire process from conceptual design to delivery, went off without a hitch. We had an initial idea, based on the hit Harry Potter series, and their faces lit up. Brian Kelly, the Marketing and Branding Dude at Crazy Dog, was equally as excited. Our proposed t-shirts were for the SJFC/AMA’s annual trip down south to the International Collegiate Conference in New Orleans.

It all began a few weeks back when we walked into their enormous facility at 8:00 a.m. on a gloomy Monday morning. Brian, a Fisher alum and former AMA member himself, was gracious enough to allow us to come in early – the shop normally opens up at 9:00 – to accommodate our busy school schedules. The experience started off with a quick tour of their facility, which includes offices, a warehouse, a print floor, and storage for their printed novelty shirts.

After that, we were intro 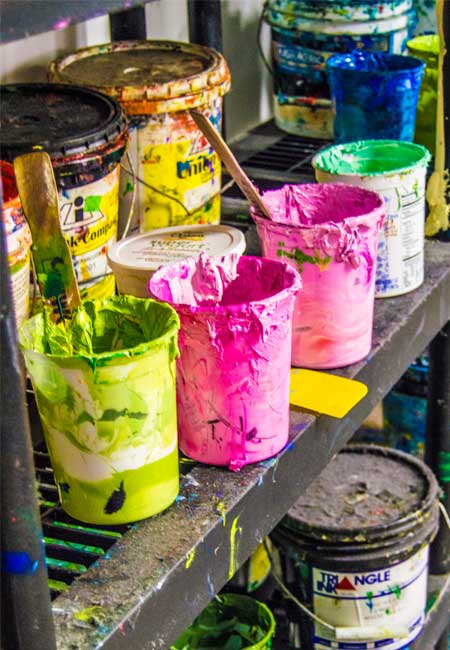 duced to Cory, a talented graphic designer who is also the head of the Art Department. Cory sat down with us personally to go over our initial concepts. He worked with us for about an hour before we headed back to campus. Not 24 hours later, he had emailed the the initial concept to us. Getting it fast was one thing, but seeing that the quality was amazing was even better! Cory took a few of the images that we had simply copied and pasted to Word document and turned around a concept that was as close to what we wanted as possible. After a few minor adjustments and technicalities at school, the final concept was complete and the order was placed.

The whole process took no more than a couple weeks, which doesn’t come as a surprise when you learn more about the company. Founded in 2004 as part of a college project for CEO Bill Kingston, CrazyDog T-shirts has made it’s bones churning out not only custom t-shirts, but
novelty designs as well. The website is home to hundreds of unique designs, the vast majority of which come in men’s, women’s, and youth styles. They also have the ability to screen print hoodies, tank tops, and French terry raglans.

While that range of items sounds impressive, it’s small compared to what the company is able to do on the custom side of their business. If we had wanted a different type of shirt, they would have ordered it. Whether they’re working for a major corporation looking to have their logo put on some tees, a non-profit looking for a cool original design, or a local group of people looking for funny t-shirts to commemorate something personal, they have an incredible array of styles and materials to choose from. Working with an accommodating company was quite refreshing, and the team at Crazy Dog was beyond helpful and accommodating. They even donated to our trip!

If you need t-shirts, whether custom or not, Crazy Dog’s the place to go. Simply put, there is nothing they won’t do to ensure their customers are completely satisfied.