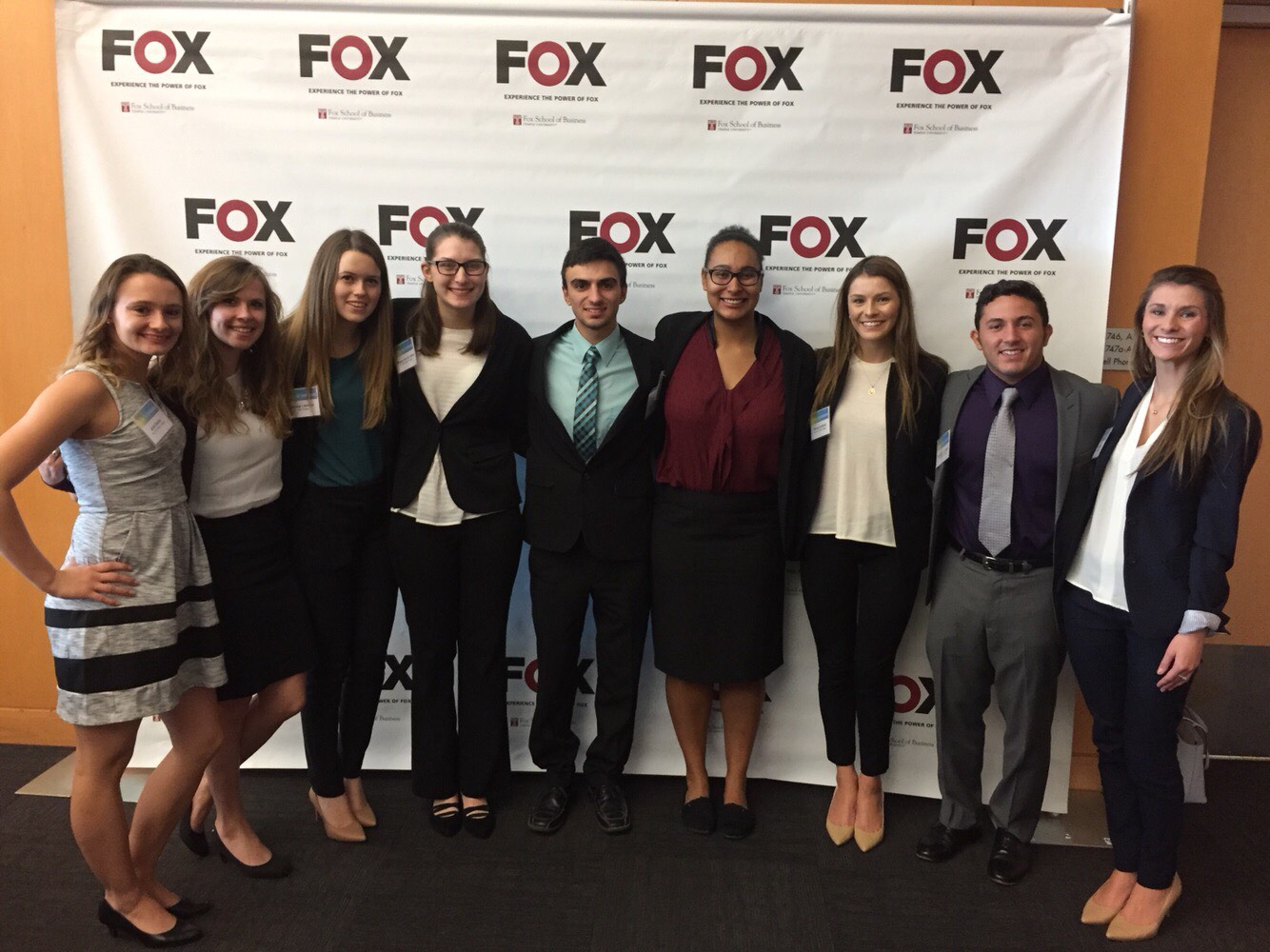 On November 11th, members of the board for the club took an adventure to Philadelphia’s Temple University to enhance our professional development skills.

Leaving the night before on the 10th, two cars of e-board members set out on the five-and-a-half-hour journey to the city of brotherly love. Driving straight through the first two cars made it to the hotel around 9pm to settle in before going and exploring the city.

We went to city hall, saw the “love” sign and checked out some of the sights near the Financial District where our hotel was. The third car of e-board members would join the rest of us around 11 p.m. The next morning, we would wake and get ready for a day of learning. Some members got up earlier to go back and see the “love” sign in daylight before we made the 15-min drive to Temple University. We arrived at Temple and were in awe of how nice their business school was including the mock ticker just as St. John Fisher has. The main difference was the building was seven stories high and included many unique studying spaces. The conference was on the seventh floor so we had a nice view of the city throughout the course of the day.

The first person we listened to was Steve Olenski, a member of Oracle and Forbes as an individual contributor. He had one thing he really emphasized to us. He stressed that you should never limit yourself and if you believe that something someone else is saying is inaccurate, challenge it. Each person is an individual so make that known and build your own experiences.

The next speaker we would listen to was the Jason Wiley, head of marketing for the Philadelphia 76ers NBA team. Jason would go on to tell us about how he markets to many different types of people. He used the analogy of his two nephews. His one nephew loves basketball and knows all the player’s names while his other nephew does not care to know all the names and stats rather he likes the stuff that goes on besides the game. This included activities and the dance team. What he was trying to show us was you can have one type of event but within it you must have many other things to attract many different types of people even if they don’t like basketball. The same goes for any business.

One type of marketing measure is not the answer for all people. This was very beneficial to hear reinforced because many people think that one type of campaign will attract your entire target market but that is not true. After lunch, it was on to individual workshops to help us with our selling skills and get to know members from different schools.

Once the day had wrapped up at Temple, our members took the chance to tour Philadelphia some more including visiting the historic Rocky Steps and going to the top of One Liberty Tower to get an all-around view of the city.

We would leave late that night and return to Fisher but overall it was a great experience. We all learned some valuable things to take with us into the Marketing field as well as back to our other club members.