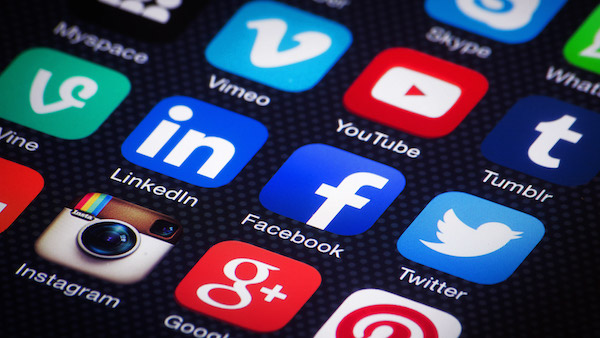 With every update, comes new and improved features…or should I say ‘recycled’ features.  I can’t help but notice that certain social channels are starting to look more and more like each other.  They are constantly trying to revamp their services to give their users the latest and greatest technology. However, some of their methods have started to change and distinguishing lines have been blurred.

They are no longer thinking of new features on their own, instead they are seeing a rival channel have success with a new update and then they do their best to replicate and improve that feature for their own success. Clever, right? Here are some of the borrowed features I have noticed over the past couple years:

Although new contenders have entered the market within the past five years, these powerhouses have sustained their reign as the Kings of Social Media. Each platform is used for the same purpose: keeping users connected. However, some of those unique features that were staples on the individual platforms started to merge including the use of hashtags, trending topics, and most recently, the like button.

Instagram was always an extremely popular photo editing and sharing app that only continued to expand with new filters and crop options. But one thing they did not have was the ability to share short video clips…you know what did? Vine. Owned by Twitter, Vine quickly came into the social scene and took it by storm. The 6-second video clips uploaded by users were played on a continuous loop and easily shared through the app and in tweets. Instagram’s answer to Vine’s newfound popularity – 15 second videos with the ability to crop the clip and apply a filter.

Admit it, these two are easily your favorite guilty pleasures of the social media world. Pinterest has been the perfect wedding planner, interior decorator, and personal chef for users since it’s inception. Etsy, on the other hand, was (dare I say it) even better than Pinterest because you could actually buy all of the items you were obsessing over. And that’s why Pinterest will introduce the ‘buy button’ in 2016 to increase revenue, user growth and interaction, as well as traffic to the site.

While the amount of videos uploaded to YouTube continues to grow every day, it is not the dominant player it once was. Other social apps have started to incorporate video usage into their updated features, ultimately leaving YouTube in the dark. Their solution – YouTube Red, an ad-free, high quality streaming service that will allows users to not only watch the videos, but also download them to watch at any time. This new service will be positioned as a rival against TV and movie sharing ‘top dogs,’ Netflix and Hulu.

How do you think these apps will continue to evolve in 2016?