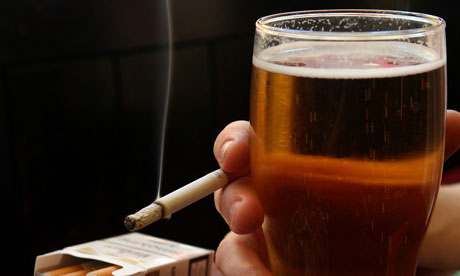 When it comes to selling the masses on controversial products, marketers are given a seemingly impossible task. Not only do they have to deal with strict rules and regulations, but they’re constantly bombarded with outcry from nay-sayers willing to do anything to tear them down.

From tobacco and alcohol to abortion medications and energy drinks, one thing all controversial products have in common is that they have implications that make it difficult to get their messages across.

If you find yourself marketing a product that’s going to receive some backlash, here are a few tips to make the most of it.

The fact of the matter is that some people are going to have a problem with what you’re selling – if they didn’t, it wouldn’t be controversial. The key is to acknowledge this and accept it, but also turn your attention to marketing towards those who support you.

It’s important to remember that for all the nay-sayers, there will always be a group of enthusiasts supporting you. Tobacco for example, the leading ingredient in cigarettes, causes nearly one in five deaths in the United States; yet Phillip Morris International, the world’s largest tobacco company, grossed nearly $30 billion in revenue last year.

To face the nay-sayers head on, make sure you know what you’re talking about. Controversial products are considered controversial because they do something people don’t agree with – like cigarettes causing cancer – but to prevent unwarranted defamation, make sure you know everything there is to know about your product. Not only will this keep the nay-sayers at bay, but it’ll solidify your relationship with your followers.

2. Bask in the controversy

Sometimes, being controversial is the best way to get people talking. While it’s certainly not advised to have this become your go-to tactic, it’s worth noting that nothing dull and boring is talked about.

Although this may not always lead to sales, this approach may be appropriate for companies that rely on word of mouth because getting their name in front of the public may be the building block they need.

Spirit Halloween, the self-proclaimed “Halloween Headquarters” created a Caitlyn Jenner costume which received significant backlash from the transgender and LGTB community. The result: It ended the season as one of the top-four best-selling adult costumes of the year.

3. Look beyond the product

Depending on the product, it could be beneficial to market an associated experience or lifestyle rather than the actual product. Products like tobacco and alcohol have indisputable downsides – for example, tobacco is irrefutably known as one of the world’s most brutal killers, yet they still have millions who are willing to risk this by smoking. Why? Because these companies create an experience; they’ve created something bigger than their product, and their followers thrive on that.

Although this has changed through the years, one of the best examples to illustrate this is the Marlboro Man. Introduced in the 1950’s, depicting a strong, masculine figure, smokers forgot the health implications of cigarettes and sought Marlboro’s merely to be like the Marlboro Man.

Whether you’re marketing tobacco, gambling, fast food, high-emission cars, or abortion medication, it’s undeniable that controversy permeates from just about every crevice in today’s society. When marketing these controversial products, don’t ignore the implications, instead, create something creative and unique to take people’s minds away from the controversy. What does Red Bull do to protect themselves against the strongest arguments against them? They’ve created a lifestyle and have people jump from space.