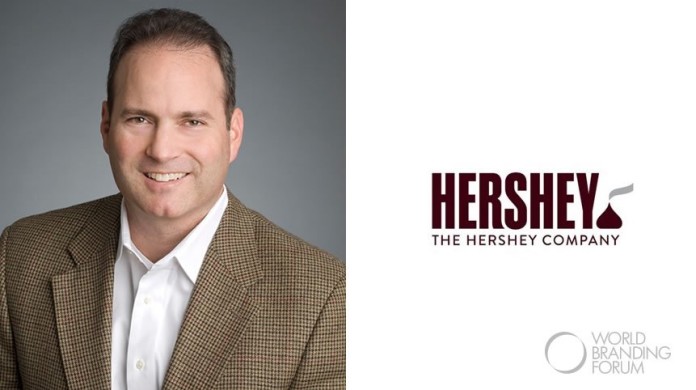 SJFC/AMA had the pleasure of listening to Peter Horst, CMO of The Hershey Company, explain why marketing is such a wonderful profession. Horst’s career path has taken him into industries he could have never fathomed, from working on Entourage, to being a radio host, to even becoming a paralegal. Ultimately, Horst realized that the only industry that quenched his thirst for innovation was marketing.

Horst began by describing an experience with Jolly Rancher that challenged his team to think outside the box and revive a company that seemed to be on its last leg.

Their Problem: this “hard candy” didn’t appeal to younger generations.

Their Solution: develop a witty campaign titled “keep on sucking,” which embraced a clever play on words to entice a younger generation to purchase their product. The campaign was extremely successful and Jolly Rancher has since seen an increase in sales.

Horst then began to discuss how Dominoes had to face reality and change the game. Dominoes relied on their “30 minutes or it’s free” policy as their main force to drive customers; however, once they realized they were losing market share and losing customers to other pizza places, they set up a series of focus groups to identify the problem.

Their Problem: they came to the conclusion that their fast delivery drivers were unsafe, customers thought their pizza was horrible, and ultimately, people were beginning to eat healthier.

Their Solution: release a documentary that basically came out and said “we hear you America, our pizza sucks, and we’re going to make it better.” The campaign was widely successfully and ended up generating a 15% turn around in sales due to their use of transparency on social media platforms and confidence that their new product is a higher quality.

Marketers take a stand on things that matter

To drive his final point, Horst addressed Always’ “Like A Girl” campaign. Always wanted a way to take part in the battle young girl’s face as they experience a lack of confidence once they reach and go through puberty. They wanted a way to encouraging girls across the nation to remain confident and educated about their bodies.

Their Problem: Their product was getting lapped by other girly campaigns and needed to fit in with a younger audience.

Their Solution: create a campaign that centered on the lack of female emojis, followed by #LikeAGirl. The campaign was successful because it used emojis, a topic that resonated with this demographic, as a tool to convince girls to stand up against stereotypes and stay confident.