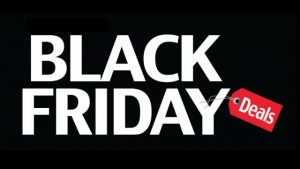 Black Friday is the hidden holiday we love and hate. It cuts into family time and our precious sleep, and the past couple years has seen it cut into our turkey consumption as stores have begun opening earlier and earlier. But as we set our tents and lawn chairs up in aisle A3 of Target’s parking lot hours before their doors even open, one has to wonder: Is it even worth it?

Are the deals really that good or is it just ingenious marketing and our naive ways that have led to the formation of another “national holiday.”

Despite popular belief, Black Friday doesn’t necessarily stand for the potential transition companies may experience moving from red to black on the balance sheet, at least that’s not what it stood for initially. Although the underlying accounting meaning may be the positive swing consumer understand today, several decades ago, Black Friday had a more ominous meaning. Coined by Chicago’s finest to describe the often-unmanageable rush of customers coming into the city to shop the day after Thanksgiving, the day millions look forward today used to describe Chicago’s police department’s least favorite day of the year—but that’s all in the past.

Now that we have the history out of the way, is all the hustle and bustle of Black Friday even worth it? Are the deals that much better than any other day of the year?

The answer is: Probably not.

Not only do you have to deal thousands of crazed shoppers during the wee hours of the morning (or late at night), but most of the deals you race to find are available on their websites, so you can save a bundle as you slip in and out of your food coma. On top of that, the door-busters people get so excited for, like the 65” TV for $25 may not be all it’s said to be. Check the brand, read the fine print, and remember, the stores are in it to make a profit, not to make you happy—and that’s the harsh reality of it.

So, if the deals aren’t that great, why do so many do it? The answer: Marketing.

Simply put, Black Friday is so successful because companies prey on the psychology of consumers. Our society is so consumed with self-fulfillment and self-image that most will go to unending lengths to feel good about themselves. Basically, at the end of Black Friday, we want to be able to tell everyone that we got the best deal—even if it wasn’t so great. Even more, they brilliantly use scarcity, because frankly, they know consumers will respond in flocks to it knowing so few of something is available.

And finally, they succeed in drawing us in because Black Friday is American, and that’s okay. If you want to shop on Black Friday, then by all means, go ahead—there’s definitely deals out there to be had, but they’re few and far between. Just remember, stores aren’t going to have your best interest in mind, so stay on your toes, and be cognizant.