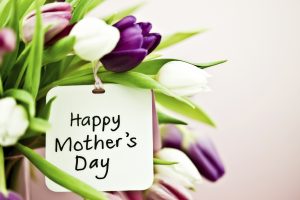 When I think of Mother’s Day I think of being with my family, and my mom, of course, an abundance of cards that read, “I don’t know what I would do without you mom,” and the numerous Mother’s Day commercials on television.

As Mother’s Day approaches, it’s only right to look at all of the Mother’s Day campaigns companies have spent creating this year. Companies recognize the importance of creating campaigns for each holiday, not only to get people’s attention but to market their brand in a way that presents their personality.

Here are a few Mother’s Day Campaigns that tug at the heart strings and give thanks to all of the mother’s out there.

JetBlue’s Fly Babies advertisement does what no other airline has ever done before. They understand the struggle mother’s face every time they take this baby on a plane. This year for Mother’s Day they released an ad to turn a negative aspect of flying, such as crying babies into a reward.

For every baby that cried on the flight from JFK to Long Beach, everyone on the plane would receive 25% off their next JetBlue flight. However, JetBlue didn’t stop there. If four babies cried during the flight then everyone would receive 100% off their next trip with JetBlue. The video above shows that by the time the fourth baby started crying, people began to cheer.

What better way to get people to smile over crying babies?

This heartfelt video captures moments of mothers with their family members. Taking pictures is how we keep our memories alive. It goes to show that the greatest moments in your life such as holding your newborn baby, and documenting your children’s lives can be captured right from your iPhone’s camera.

Hallmark’s “No Ordinary Mom” campaign is nothing but fitting for this upcoming Mother’s Day. It reminds us that our mothers have always been there for us and at the end it says, “Because there are no ordinary mom’s, these are no ordinary cards.”

The appreciation of Mother’s especially around Mother’s Day allows companies to play on a holiday and use it to their advantage. They are marketing towards mother’s and families to make them realize their companies value mother’s as much as everyone else does.